Sleeping sickness, a debilitating parasitic disease affecting the nervous system, has long been prevalent throughout Sub-Saharan Africa. Uganda suffers from a particularly high incidence of cases and patients in the poorest communities are unable to access the expensive treatments. Researchers from the University of Edinburghhave developed approaches to eliminate disease-causing parasites from cattle, which have helped to reduce human cases by 90%. Their model for sleeping sickness control is now promoted for wider international use by the World Health Organisation.

Sleeping sickness is a highly debilitating neurological disease caused by infection with a trypanosome parasite, transmitted by the bite of an infected tsetse fly. Uganda is unique in having two forms of the disease – the acute and chronic forms – putting 10 million people at risk.  The two diseases have historically affected separate geographical areas, and as each form has very different control measures, the threat of them mixing is a serious cause for concern in Uganda. Though treatable, access to the expensive diagnostics and treatments remains inaccessible to many sufferers, especially those living in the poorest rural areas where the disease is most prevalent. Without treatment the disease is fatal.

Researchers from the University of Edinburgh have been studying the disease to learn more about its infection route and help develop effective preventative measures. As part of a project funded by the Department for International Development and the Wellcome Trust, UK research identified that sleeping sickness parasites responsible for the acute form of the disease were widely found in domestic cattle – forming an extensive disease reservoir from which

many human cases could originate. Further study showed that importing cattle from other affected areas was a key trigger for sleeping sickness outbreaks in humans. Underpinned by these findings, Edinburgh researchers tested new approaches to sleeping sickness control by focusing on cattle treatment. Through a single injection of trypanocide and by regular insecticide spraying to prevent re-infection, researchers found they could eliminate the parasite in cattle.

In 2006, the University of Edinburgh, the University of Makerere, the Government of Uganda, a UK charity and a global veterinary health company created a public-private partnership named Stamp Out Sleeping Sickness (SoS). Supported by UK research, the partnership aims to enhance sleeping sickness control policy and practice across Uganda by targeting parasites carried in cattle. As part of a major campaign, SoS focused its efforts on mass treatment of cattle, establishing businesses to deliver cattle-spraying, supporting policies to treat cattle at markets and assisting in screening for the disease.

These extensive efforts targeted 500,000 cattle for initial treatment and continued preventative measures. It was a huge success, reducing the prevalence of the trypanosome parasite in Uganda by 75%. This in turn had a dramatic effect on human cases of sleeping sickness, reducing them by 90%, with numbers falling year on year since SoS was established. As well as improving health, this reduction in sleeping sickness has also had a major economic impact. It’s estimated to have saved $100-400 million in averted human health care costs, maintaining separation of the two forms of sleeping sickness in Uganda, and generating increased productivity of $25 per head of cattle per year from improved animal health care provision in the poorest communities.
To maintain these significant reductions in disease prevalence, SoS have developed a long-term model for sleeping sickness control, and will continue mass cattle treatment programmes in Uganda. The model is now promoted by the World Health Organisation, giving it scope to benefit numerous other nations affected by sleeping sickness. 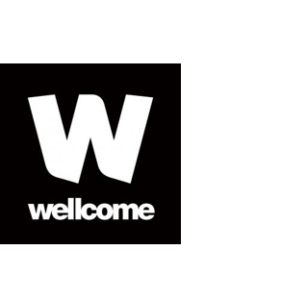