Evaluating and improving major road networks across the world

Road investment appraisal models are used to evaluate and optimise road networks. These models have been particularly important to developing countries – providing formal justification for road investments to potential funders. One such model, developed by researchers from the University of Birmingham, is now the World Bank’s de facto standard road appraisal method, serving more than 200 of their projects and those of other multi- and bi-lateral aid agencies, helping to connect millions of people worldwide.

Effective road networks can be the lifeblood of a region: serving the economy and improving social wellbeing of local communities through increased mobility. The very first road investment appraisal model was developed by the World Bank in the late 1960s to establish a system by which newly proposed and existing road networks could be evaluated to ensure maximum economic benefit to the region. Many models have been created since then, but it was the Highway Design and Maintenance Standards Model(HDM), introduced in 1976, that first incorporated factors more applicable to developing countries. Over the years, HDM has been instrumental in justifying road building and maintenance grants for many developing countries – connecting communities to bring both economic and welfare benefits for countless road users.

Researchers from the University of Birmingham, working through the World Road Association-PIARC, have played a central role in the international effort to develop HDM-4, the latest version of HDM. Beginning in 1993, their work – supported by a variety of funders, including the Engineering and Physical Sciences Research Council, the Department for International Development, the Department for Environment, Food and Rural Affairs, and the World Bank itself – has updated and enhanced the HDM model. It can now take into account additional factors, including traffic congestion, non-motorised vehicles, environmental impacts, concrete pavements, drainage and modern road management. They also developed techniques for use with the model to better suit the socio-political demands of different road users and created new methods to produce higher quality road data – including the use of high speed digital images of road surfaces.As a measure of its success, HDM-4 is regularly used as the World Bank’s model for appraising road investment proposals in developing countries. It has been used to assess more than 200 projects since 2008, with an estimated total value of more than £35 billion. Some of its highlights include scoping the costs and benefits of the 8,600km African North-South Corridor road network, helping it to gain backing from international donors, and assessing the £215 million Northern Corridor Transport Improvement Projectthrough Kenya. Similarly, it has been used in Uganda since 2010 to review the design, cost and economic benefit of upgrading 836km of roads. And for the last 14 years, HDM-4 and its predecessor have been used by the Roads and Highways Department in Bangladesh to assess the maintenance needs of its highways and district roads.

The wide-scale use of HDM-4 has led to huge financial success for the Birmingham-based consortium that manages its distribution: selling more than 1,440 software licenses and generating £1.6 million which is ploughed back into further research and development. As well as serving as an appraisal model, the HDM-4 is also a research tool in its own right. Birmingham researchers have been using it to investigate the potential impact of climate change on road deterioration and maintenance requirements, the damaging effects of corruption in the road sector, and the optimal design of pavements for tropical soils.Read more about this research in the original impact case study submitted to the Research Excellence Framework 2014.

Further information can be found on the HDM website. 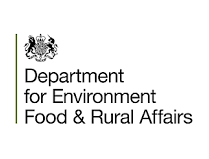